All of our posts so far, bar one, have been about The House.  It seems to me that given the progress made to date, it is now time for an update on the important stuff – my garages.

For those of you who have been following for a little while, you may recall that I last wrote about my garages in May – which you can read below if you scroll down.

For some reason, getting planning for the garages was a lot harder than getting it for the house.  We actually applied for out buildings, which pretty much exactly matched the footprint of the building which were already in existence.  Given that we always intended to use standard materials, and the buildings were to be replacements and were not overlooked by anybody, it was never clear to me why the planners found it all so hard. But I guess that’s not a fruitful line of questioning when it comes to anything to do with British local authority activities, let alone planning! So, I won’t dwell on this but will just be grateful that we got planning approval for pretty much exactly what we wanted to build.  I will admit that at one point I was prepared to simply go underground to get the garaging that I wanted, but luckily we never had to resort to that.

It is fair to say that the existing outbuildings, used for cars, garden equipment, wood and horses, had seen better days.  They were poorly constructed and had not been maintained. 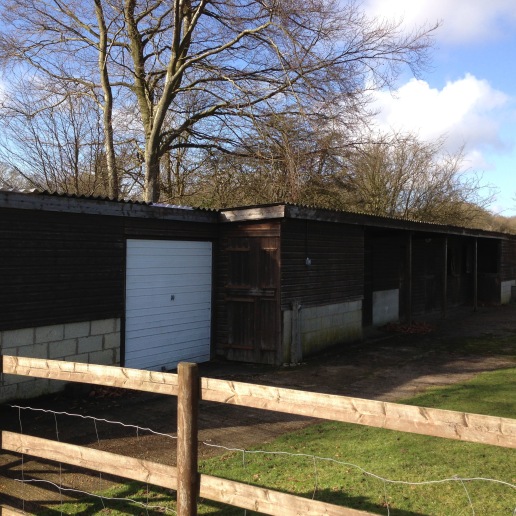 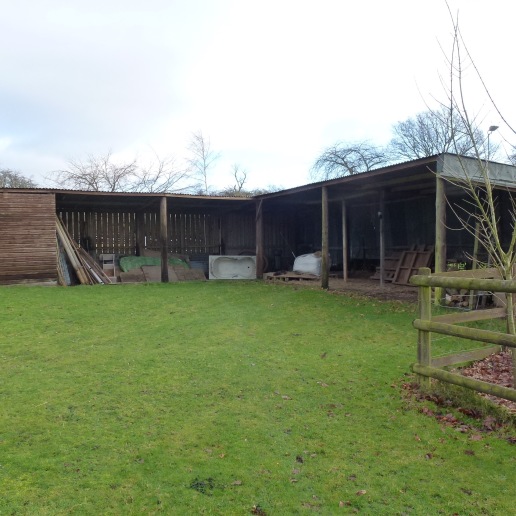 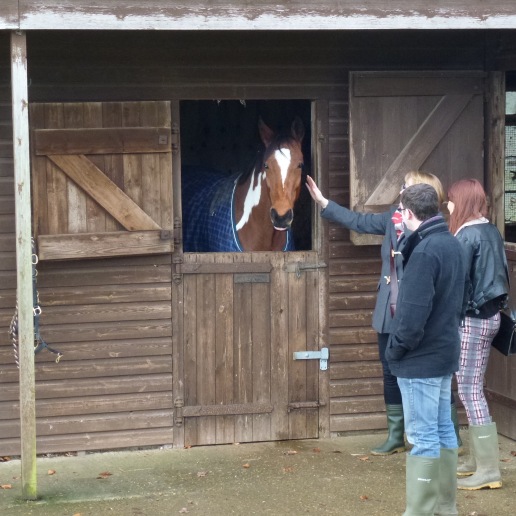 As you can see, the buildings were designed for the wrong sort of horsepower, so they definitely needed replacing…..

As you may recall from the earlier post, the design is for four separate buildings, with 13 garages, a tractor store, a wood store (specific requirement of planning!), a gardener’s toilet. storage and an area rather grandly designated the man cave. The construction is concrete base, brick coursework, oak frame, weather boarding and oak doors.  They will be fully insulated and dehumidified. The bricks and tiles are exactly the same as those used for the house.

We knew from the beginning that we wanted traditional oak buildings, so we’d been looking around for some time, primarily at the bigger companies, but hadn’t found anything suitable or remotely sensible value.

One matter to mention here, is that when you start a house building project, you suddenly become part of an enormous, mainly online, community of fellow builders, all of whom seem willing not to just help, but to go out of their way to do so.  Remarkable and truly strengthens one’s faith in human nature.

So at this point we were helped by someone who had built his own garages, and we discovered him through a circuitous route via a journalist that I know who I also follow on twitter. Without going into detail here, let us just say thank you to Stu and Steve for the introduction to  Ben.

Ben is a remarkable oak craftsman who works out of a barn in Essex and is a master of his craft.  It’s been a pleasure to deal with him and he does great work and has created the frames and the doors. 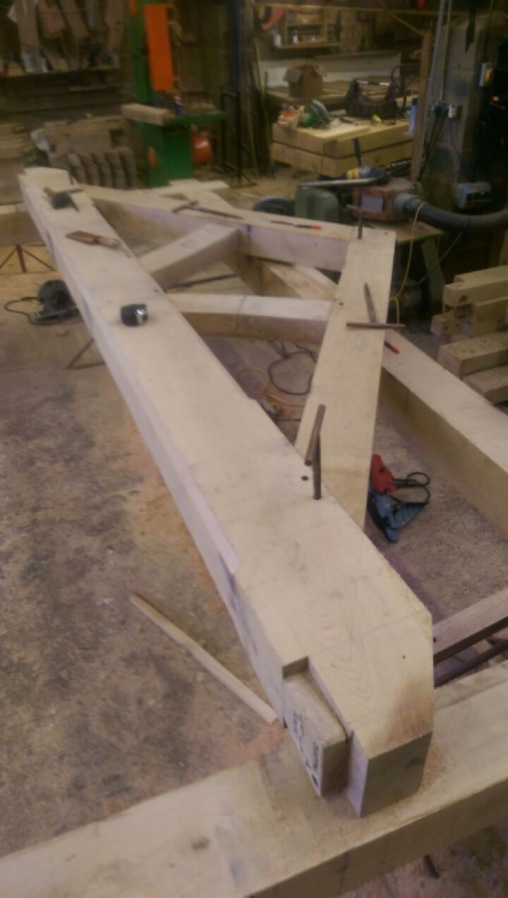 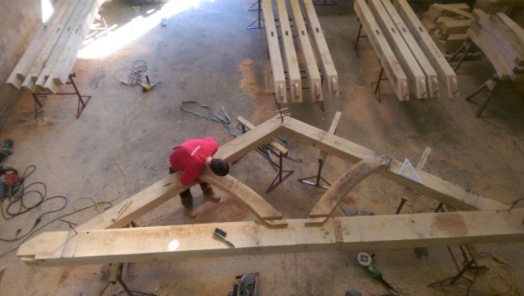 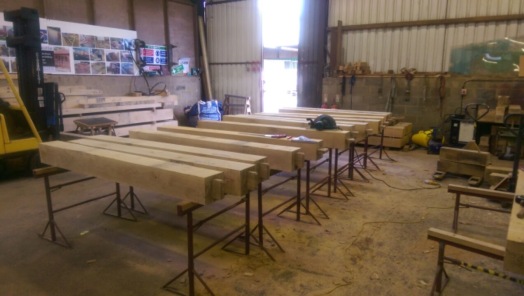 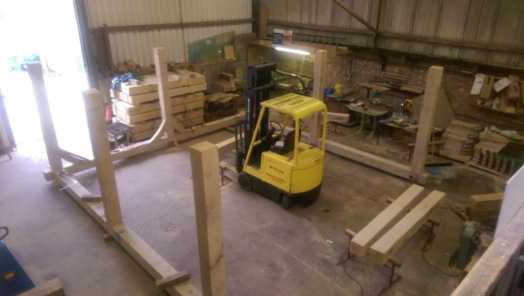 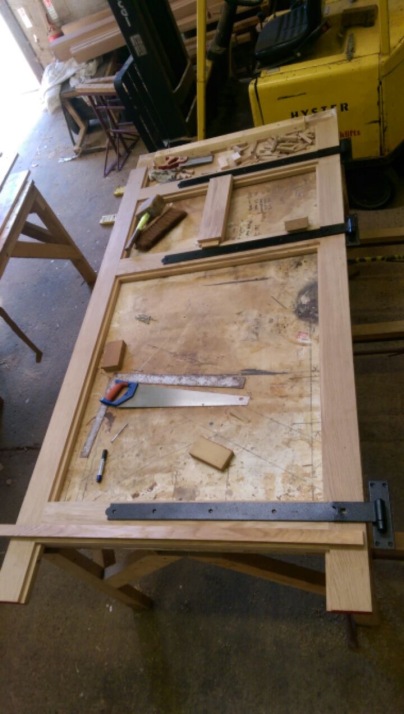 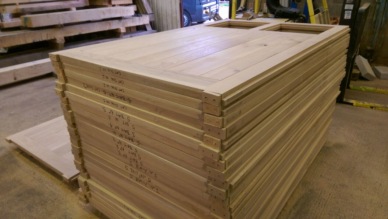 The garage build has gone in parallel, and usually slightly ahead, of the house build.  The outbuildings were cleared, concrete slabs laid and then the walls built by Bob and his merry band of house builders, whilst Ben installed the frames.

We just love the craftsmanship of the oak carpentry, so here’s a few close-ups. 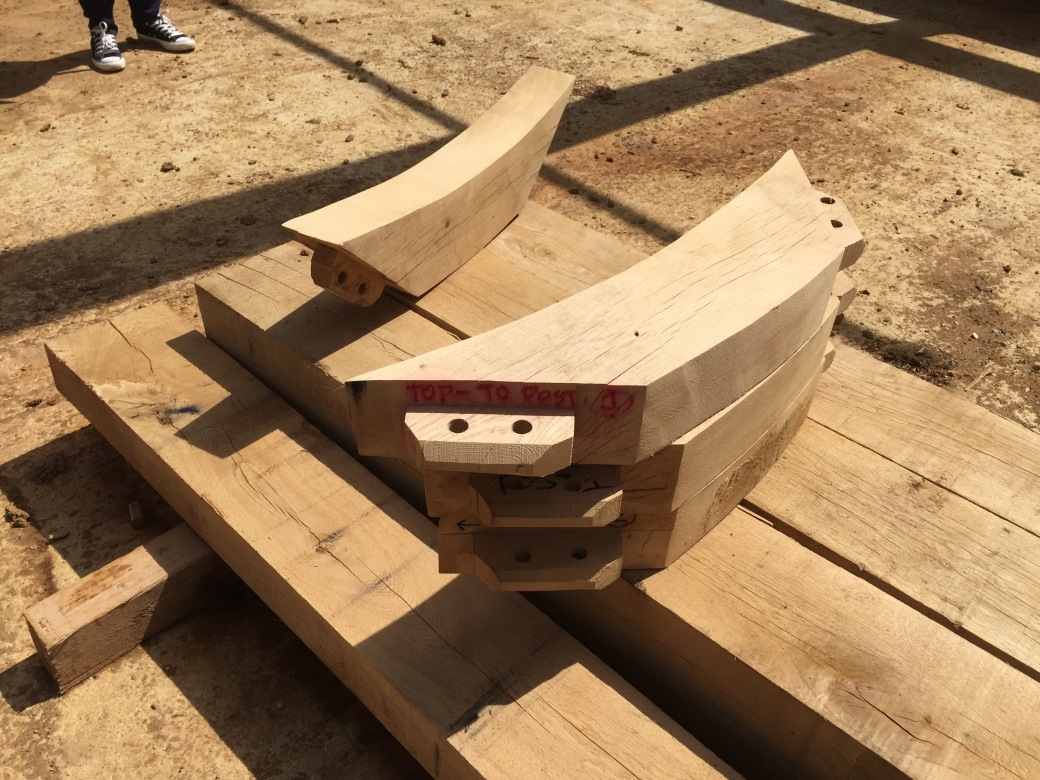 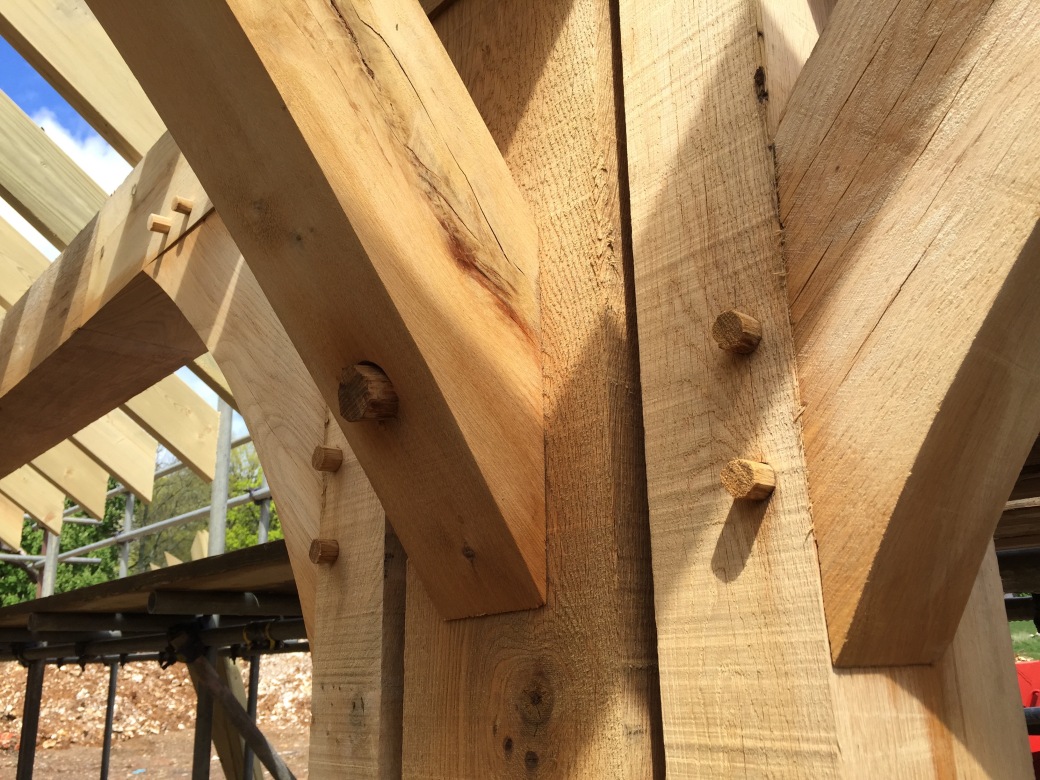 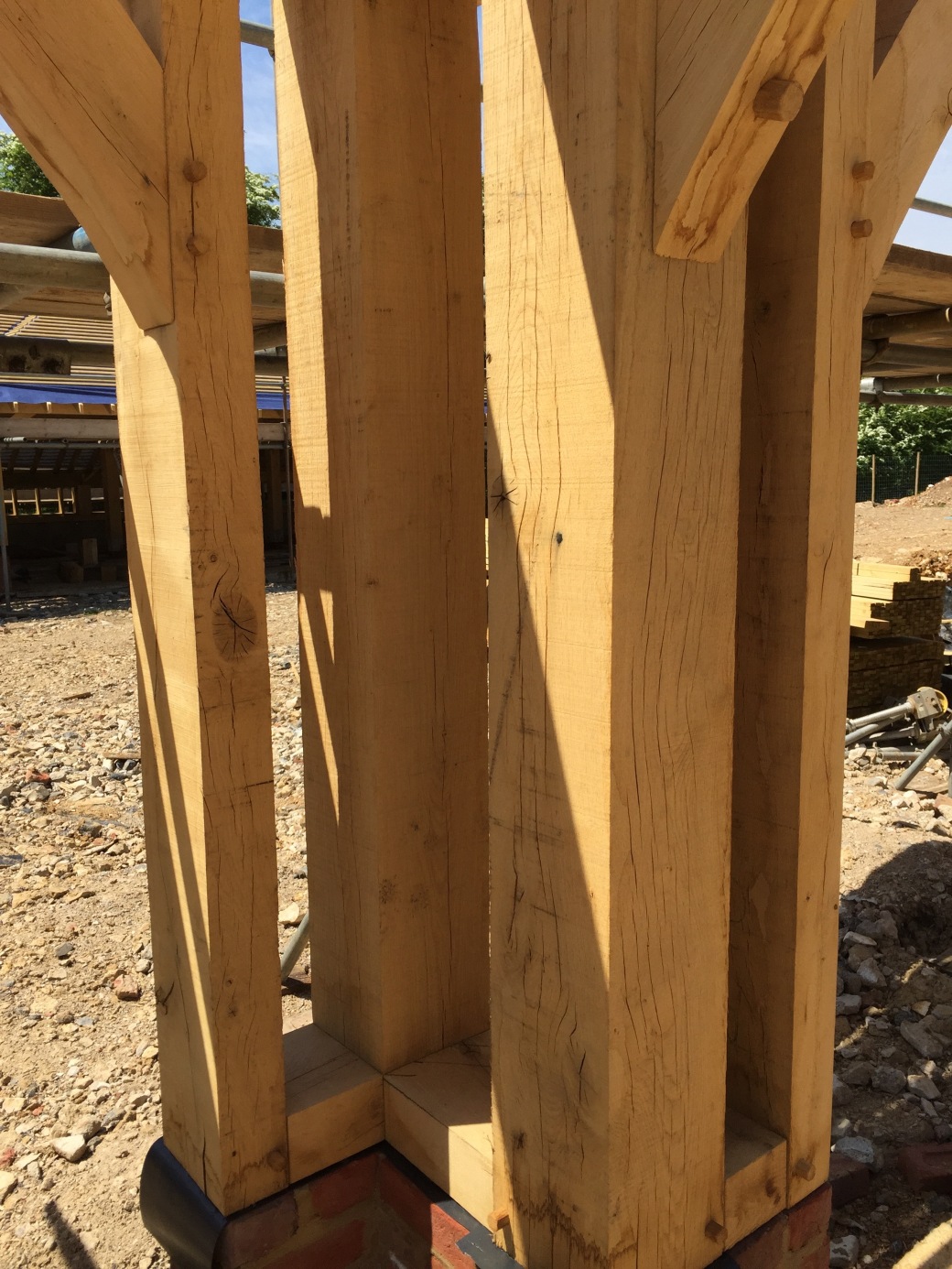 The build, roofing and so on went pretty quickly, first fix is done and we are now waiting for the doors so that we can get on with final finishes and laying the courtyard. 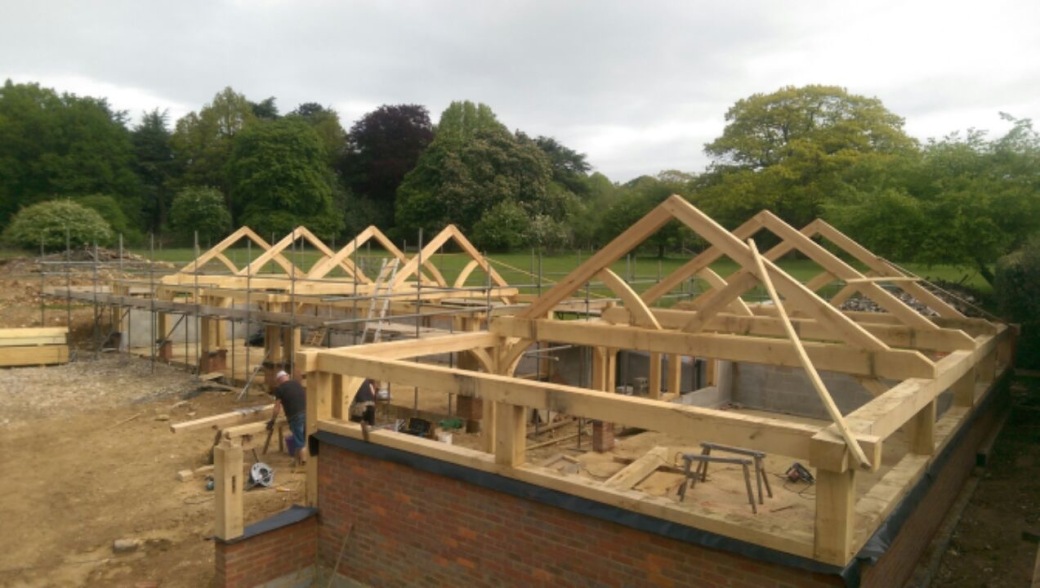 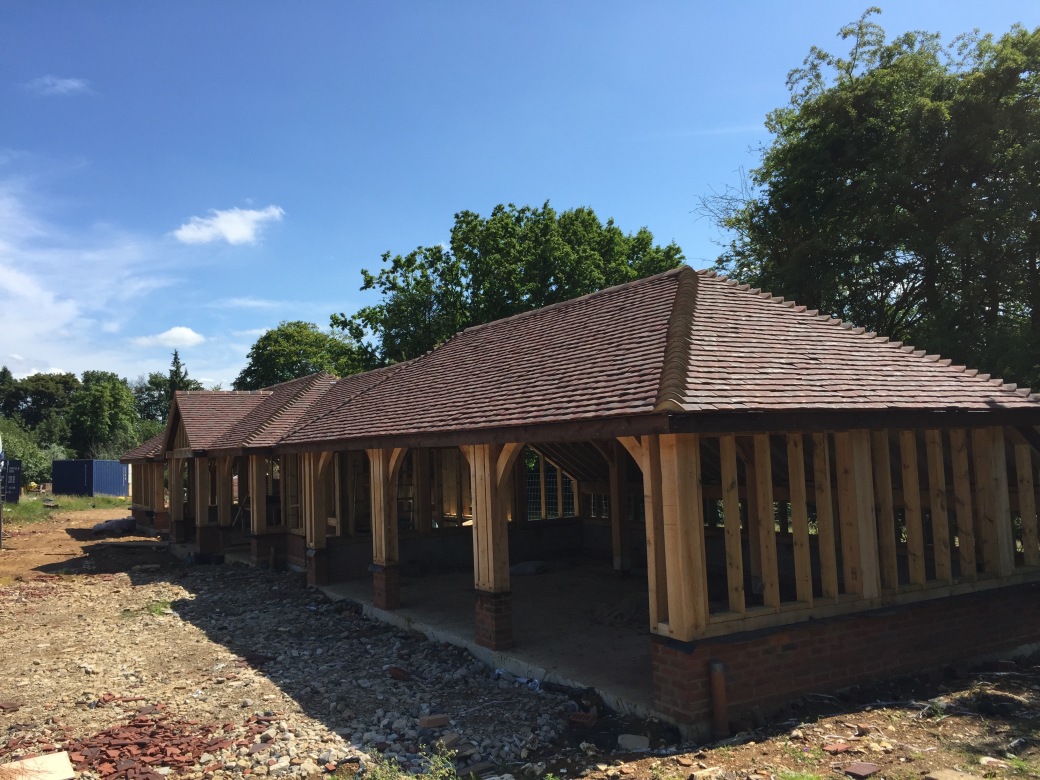 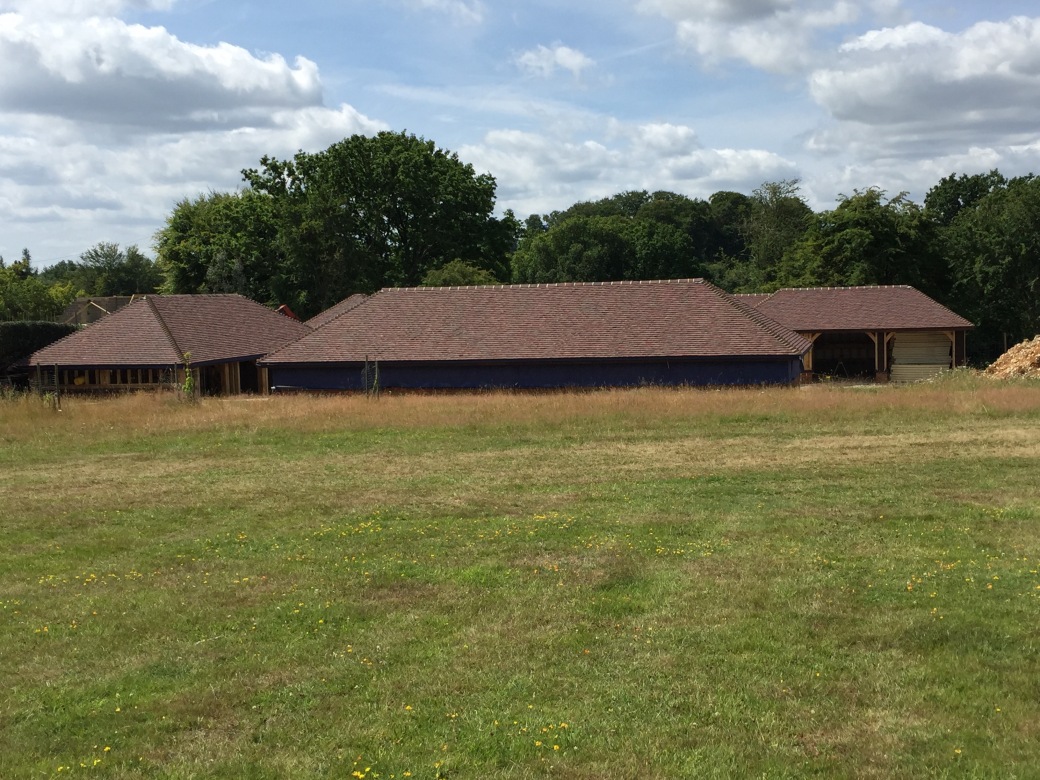 Looking forward to getting these finished so I can get my cars all in one place and accessible. Although, right now, there is a small possibility that I have more cars than garage spaces.  I wonder what I did with the plans for the underground parking……

8 thoughts on “Now the Important Stuff….”